Color captures our attention and expresses our unrest and concern. 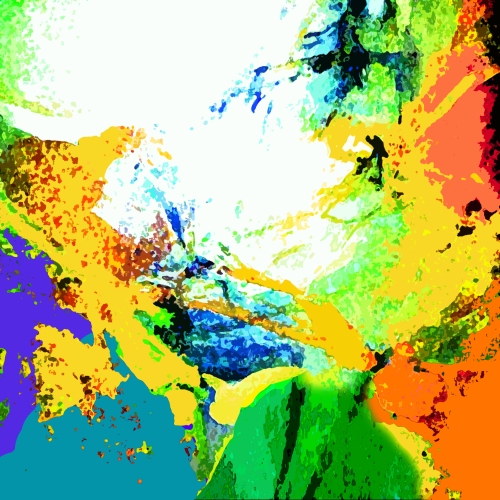 The world of color is currently experiencing a time of fiery reds and ashy grays – it is inspired by the burning desire for new direction, stability and change. 2011 brought the appearance and growth of the Arab Spring, Occupy Wall Street, the Tea Party, the Coffee Party, the Free Tibet movement, Japanese anti-nuke campaigns and European anti-austerity protests. 2012 promises to be an even more contentious year, as we see these global demonstrations and debates continue to gain momentum. The volatile global climate will cause colors to explode!

Established bright liberal blues and fiery conservative reds will continue to do battle, but many people in the middle are becoming tired of the conflict. They are tired of retreating to the neutral gray position.  2012 will be a time for greater personal expression and taking charge of one’s destiny. Everyone will be immersed in floods of color as people apply their tribal war paint and express their most important concerns. A social, economic and political climate such as hasn’t been seen since the  turbulence of the late 1960s will inspire brighter, multi-colored, expressive combinations. Strong, unexpected – even clashing color combinations will express individuality. The neutral gray morass will be brushed away with a few decisive and committed strokes. A dramatic multi-colored phoenix will arise from the gray ash of Middle-earth.

The fiery reds will burst into full flame. They will be transformed into bright oranges yellows and fuchsias. These hot new combinations are industrial and cautionary. They say “don’t mess with me” and “don’t you dare rain on my parade!” Clean bright glowing greens, teals and turquoise vibrate next to them. The rainbow is on fire and the secondary colors are rising to take the primary role. Bright purple establishes a new lead – it’s neither blue nor red, becoming the color of alternatives, hope, agreement, compromise and a new concordance.

The value and strength of the color story will now be more important than the hue. Unexpected and even clashing combinations will abound. Special effects will be used to add even more emphasis to the color communication. Color will be shouting as the masses go to war!

RGB color notations are used to maximize the color gamut. Set your high-definition monitor to the millions of colors mode and calibrate per your manufacturer’s recommendations
Forecast and imagery by Jack Bredenfoerder CMG

One response to “warpaint – bvcolorstrategy 2012 forecast”